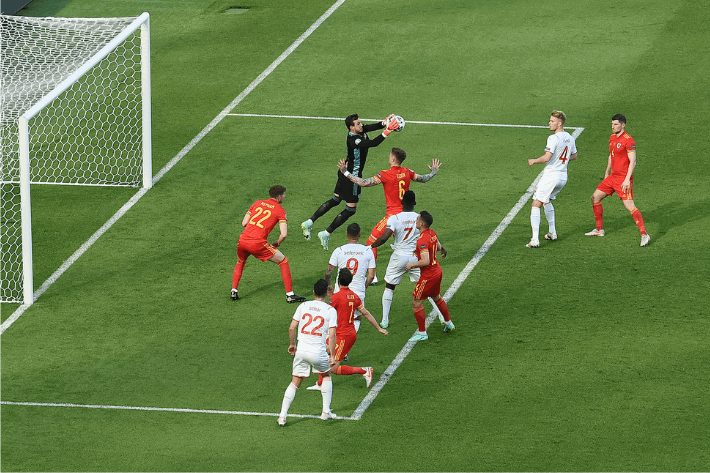 Entain, the owner of big betting apps and sites like Ladbrokes and Coral, revealed its half-year financial statement after the recent Euro 2020 semi-final match between England and Denmark. The company said the Euro 2020 is shaping up to be its biggest betting event of all time. Entain expects £17.5 million in bets for the finals alone and a total of £250 million for the whole tournament.

Punters have already placed nearly £2.5 million on this Sunday’s game: At the time of writing this article, £1 million was riding on England’s win, while bets on Italy’s win reached £1.45 million. It seems as if the sports-betting crowd believes Italy has better chances of taking the cup home, even though England will have the home-field advantage. Bookmakers, on the other hand, believe the opposite, with the odds slightly skewed towards England’s team.

“An appearance in the final is an open goal for the group, and will be a boon for sports wagers. England’s long run in the tournament may well have been a contributing factor to the news that underlying cash profits are expected to beat consensus at the full year,” said Sophie Lund-Yates, a Hargreaves Lansdown analyst.

Lund-Yates added that the second quarter of 2021 was much better for the Entain group, thanks to the general reopening and nationwide restrictions being lifted. The expansion of worldwide betting markets has also helped many betting sites reach a bigger audience, especially in the US, where sports betting is gradually becoming accepted and regulated. Considering Entain hosts customers from 15 countries, the rest of the year might well be extremely lucrative for the group.

We’ll find out this Sunday who will be crowned this year’s European football champion – England or Italy. The official UEFA YouTube channel will be broadcasting the game live to a worldwide audience, so make sure to tune in.