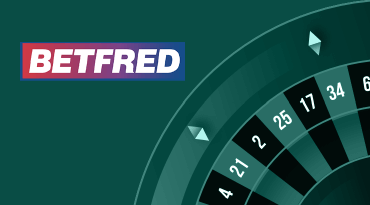 New customers only. Register with code GAMES100. Deposit using debit card only and stake £10 or more on slots to receive 100 Free Spins on Starburst. Free Spins credited within 48 hours. Free Spins are valid for 7 days. SMS validation may be required. Further T&Cs apply.

Since being founded back in 1967, Betfred has become one of the UK’s premier gambling establishments, but they stayed offline until 2004 when Betfred launched its online casino in order to complement the successful sportsbook.

Nowadays, Betfred is one of the biggest names among the casino sites in the UK. Sheer fame, however, doesn’t always indicate a great casino. In this detailed Betfred review, we’ll evaluate whether or not Betfred really deserves that title by looking at the promotions and customer service on offer, the site’s usability, and much more.

There are hundreds of games on offer here, mostly supplied by the veteran provider Playtech. Fans of both slot and table games are extremely well-catered to and most of the games load quickly and run smoothly.

The range of Betfred promotions isn’t the widest, but the ones that are in place are solid, with the welcome offer giving particularly good value. Unfortunately, there are no free play options.

All the major contact options are available – phone, email and live chat. There’s also a nice FAQ section and a helpful glossary of betting terms.

Credit and debit card, PayPal, Neteller, Skrill and bank transfer are all valid payment options at Betfred casino. They also have low minimum deposit and withdrawal amounts in place.

Available Bonuses and Promotions on Betfred

The Betfred welcome offer – stake £10, get 50 Free Spins – represents very good value indeed, and serves as a fantastic introduction to the casino.

To qualify for this bonus, you begin by funding your account with at least £10, which must then be staked across five or more rounds of slots. Do that within one week, and you’ll receive a hefty 50 free spins, which can be used across 16 different games. We’d call that a fair deal!

For all you blackjack lovers out there, Betfred’s £10 Million Blackjack deal offers great potential for some pretty incredible returns. Put down a minimum £1 stake to qualify for the Betfred bonus, achieve a hand of six cards or more, and you’ll automatically start making a big-time profit, with that profit getting exponentially bigger as your hand grows larger. If you get seven cards, for example, you’ll get 5x your initial stake returned.

To hit the lofty heights of the advertised £10 mill, you’ll need to get a ludicrous 13 card hand. Needless to say how improbable that is likely to happen… but regardless, if you can put together one big hand here, you’ll reap some massive rewards.

Betfred offers an enormous selection of games, ranging well into the hundreds, which can basically be divided into table and slot games. If you want to hit the virtual tables, you’ll find roulette, poker, blackjack and Texas Hold ‘em waiting for you, with live casino versions available for all of those. If slots are your thing, you can try out both three- and five-slot variants.

If you love getting free stuff (and who doesn’t, by the way)… you’ll be disappointed here! Unlike some of the other major casinos, there’s no opportunity to try Betfred’s games for free.

Betfred utilises some of the biggest developers in the industry, with the bulk of the games – including Betfred poker – provided by Playtech (and its subsidiaries).

Playtech has been serving Betfred for over a decade and the partnership has already been extended beyond 2020. This Estonian outfit is renowned for the quality of its games and is independently audited for fairness.

These levels do bring some benefits, including higher table limits and better conversion rates on your comp points (loyalty points, accrued by playing lots of games, which can be converted into real money). Still, all games are available to all players on Betfred, and all players are also able to enter VIP tournaments.

Betfred’s interface is excellent. We found navigating the casino and live casino sections for this Betfred review to be an absolute cinch. You’re shown available promotions at the top, then the games below. These are nicely sorted into categories, including Most Popular and Recently Played.

The design is clean and professional and the website loads well even on slower connections. On the other hand, the games themselves don’t have the quickest loading times. Even on a solid wi-fi connection, we still found that some took around a minute to load. On a more positive note, the games adapt well to different window sizes, as you can have them taking up the entire screen or easily shrink them down.

On-the-go gamers will be satisfied to learn that there is both an iOS and an Android Betfred app available – a big plus since many operators overlook Apple users. Both apps replicate the functionality of the desktop version well, while the reviews of the iOS version average a solid 3.8/5 rating on the App Store.

Finally, to get an accurate picture of how quickly the website loads, we ran it through Google’s PageSpeed Insights. The main Betfred casino section performed very well, achieving an impressive 100/100 on desktop. When we tried one of the most popular games – Age of the Gods Roulette – it also scored 100.

To register with Betfred, you begin by providing all the usual personal and security details – name, email, password and so on. Once you’ve done that, you’re free to start exploring your new user area immediately, with no need to confirm your email.

On a more negative note, it’s fair to say Betfred online isn’t the most international casino. The website is only available in English, and many of the major betting markets aren’t able to sign up, including Australia, the US, France, Germany and Spain.

If you’re one of those lucky people who can sign up, you’ll find an extremely impressive customer service offering here. All the main contact options you’d hope to find are present and correct, including Betfred live chat, phone, and email. There’s also a detailed FAQ section, which largely removes the need to actually talk to someone anyway, and even a betting glossary to help the gambling novices out there.

Considering the lengthy list of prohibited countries, Betfred actually supports a surprisingly wide range of currencies, including both the US and Australian dollar. Elsewhere, you can make deposits in pounds, euros, Chinese yuan, and more. Bear in mind that main currencies are pounds and euros, though, and that other currencies will be automatically converted.

Betfred also supports a nice range of payment methods. Aside from credit and debit card (debit only for UK players), you can use Neteller, Skrill, PayPal, and bank transfer.

The minimum and maximum deposit amounts both vary depending on the payment method, but they’ll usually be around £5 and £20,000 respectively. The maximum Betfred withdrawal amount is £20,000, with the minimum set at a nice low £5 for all methods except bank transfer.

Does Betfred Offer A Fair Deal?

Even with a casino as big as Betfred, you still want to make sure that you’re getting a fair deal. We took a look through their terms & conditions (so you don’t have to) and everything seems to check out, with no hidden charges or sneaky catches. However, there is one requirement we would like to point out in our Betfred review that you should definitely be aware of, and that is – if you’re not a UK resident, Betfred will ask you for ID verification before you make a withdrawal, so heads up for that one.

Specifically regarding fairness, Betfred states that ‘All of the outcomes on our virtual products and games (with the exception of Live Casino Table games) are determined by a Random Number Generator’, which has been verified by a UKGC-approved tester. Betfred goes into more detail here, but, in general, we’d say it passes the fairness test as it probably would in any of the Betfred reviews written so far.

Finally, we come to Betfred’s security. Disappointingly, almost no information is provided on the website about its security measures, but – given that Betfred is licensed with both the UK Gambling Commission and the Gibraltar Gambling Commissioner – you can rest assured that it is, indeed, secure.

The highest compliment we can pay this casino is that – while testing for our Betfred review – we found that everything is as simple as ABC. The interface is effortless to navigate, and it couldn’t be easier to sign up. The games excel in both quantity and quality. Throw in excellent customer support, a nice range of promotions, and low deposit and withdrawal amounts – and there’s really no reason not to give Betfred a shot. 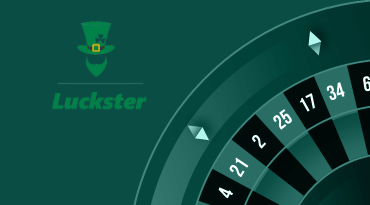 Luckster is one of the new casino sites with an exciting welcome offer, well-crafted casino games, and reliable payment system. Marketplay LTD is the owner of this site that started working in 2022, while Aspire Global International LTD is its software operator. Unfortunately, there’s also one significant oversight in the games’ functionality, which we’ll cover […] 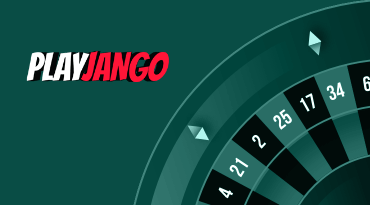 Since its founding in 2020, Play Jango quickly established itself as a reputable online gaming venue primarily thanks to its vast selection of games and dedication to ensuring a safe and thrilling experience for its members. Licensed by the UK Gambling Commission and operated by Skill on Net Ltd., the casino also offers newcomers the […] 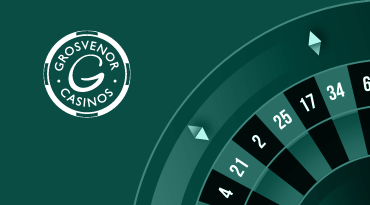 If you’re looking for a top-notch gambling experience, you can’t go wrong with Grosvenor Casinos. This well-established brand has been providing quality gaming entertainment ever since 1970, and they show no signs of slowing down. Aside from over 50 brick-and-mortar venues across the UK, the casino welcomes its players with a user-friendly website that first […]